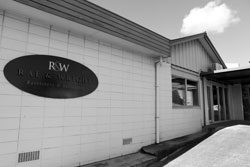 The firm was established by Mr Ernest McGregor and Mr William McPherson shortly after the conclusion of World War I under the name of McGregor and McPherson.

The firm has operated continuously since then as a firm of between 1 and 3 partners.

Some previous names the firm has operated under include: McGregor, McPherson and Brake; TR Brake; Brake & Cables; Brake, Rae & Co and Rae & Wright. 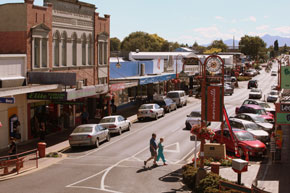 The firm moved to its present site at the Corner of Studholme and Allen Streets, Morrinsville in 1974. It previously operated from offices upstairs in Thames Street, Morrinsville.

In 2009 the current partners Richard Rae and Matthew Wright incorporated the business under the name Rae & Wright Limited.

After practicing on her own account as a Barrister Sole, Jenny Raleigh joined the Rae & Wright Limited team in 2012, where she she continued to practice largely in the area of Litigation – predominantly in the areas of Family and Criminal Law.

The present directors Richard Rae and Matthew Wright have been with the firm since 1976 and 1990 respectively and have been working in partnership since 1997.